Week 9 was our last go around of the dreaded six-team bye week. Rosters are hopefully beginning to stabilize, as teams get healthy and through byes. But that doesn’t mean you should just let your roster become stagnant. No matter the time of the year, players need to be continually evaluated. If there’s a better option available, there’s no reason not to go get it! Even if they won’t necessarily start for you, there’s no point in holding low upside, low floor players when better options exist.

First off, Mathews has nine carries total over the past two weeks. NINE. I know two of them went for touchdowns, but that’s all you’re hoping for if you own Mathews. The yardage is nonexistent, as well as the passing game involvement. The Eagles haven’t been able to get much going on offensively during their losing skid. Either way, nine carries in two weeks isn’t winning anyone a matchup. As long as Darren Sproles is leading the Eagles’ backfield, Mathews can be left off your roster.

Week 9 marked a potential turning point for the Giants offense. Rookie Paul Perkins matched Jennings with 11 carries and three targets. Reports have continued to come out that Perkins’ role will increase in the New York could very well be making a shift toward the former UCLA back, Perkins. Jennings has scored one touchdown on the season and has been held below three yards per carry in each of his past three games. His latest failure was being held in check by a Philadelphia run defense giving up well over four yards per carry on the season. At best, this is a timeshare. At worst, Jennings will be faded out as Perkins takes control of the backfield.

Once a hot pickup following Adrian Peterson’s injury, McKinnon now finds himself a part of a three-headed committee, in an offense that can’t really even support one running back. Losing carries to Matt Asiata, and now Ronnie Hillman, McKinnon isn’t a lock for the 15 touches he was receiving a few weeks ago. The offense is bad. McKinnon has been ineffective when given the ball. Obviously, McKinnon is athletically gifted, but won’t be a fantasy commodity worth owning the remainder of the season. 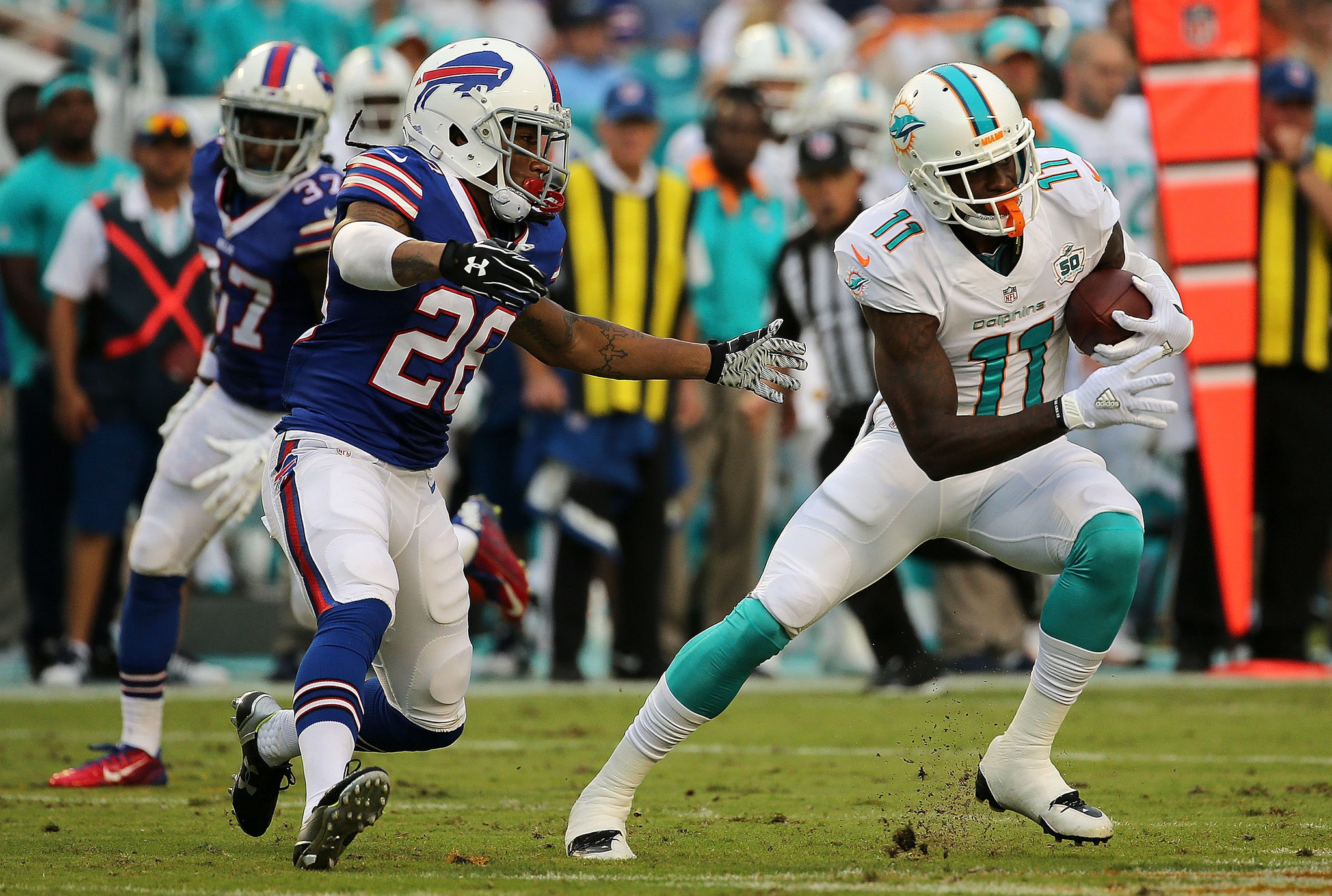 Miami has drastically transitioned into a run-first offense. Jay Ajayi suddenly became the focal point of the entire offense. In the three games, Ajayi has run wild, Tannehill has thrown two touchdowns and just over 200 yards per game. Jarvis Landry has predictably been eating up what few targets remain in Miami. With only 56 yards over the past three games, and Miami happy to lean on the run, Parker won’t have a chance to flash the talent that made him a first-round pick.  Coach Adam Gase has alluded to Parker not being fully healthy. At less than 100%, Parker won’t be able to maximize the few opportunities he’s given. So do yourself a favor, and leave DeVante on the waiver wire.

Hopefully, everyone is gearing up for a playoff push or making the moves necessary to grab that last playoff spot. So, even if you’re struggling, keep working the waivers and making moves! Check back in next week to see who else is on the chopping block.