The Denver Broncos opened up training camp for rookies this past Sunday, July 23rd. Practices start Thursday, July 27th, getting camp in to full swing ahead of the 2017 season. Denver has a lot left to figure out on the offensive side of the ball before the season starts, so let’s take a look at the five biggest story lines to watch for from Broncos training camp. 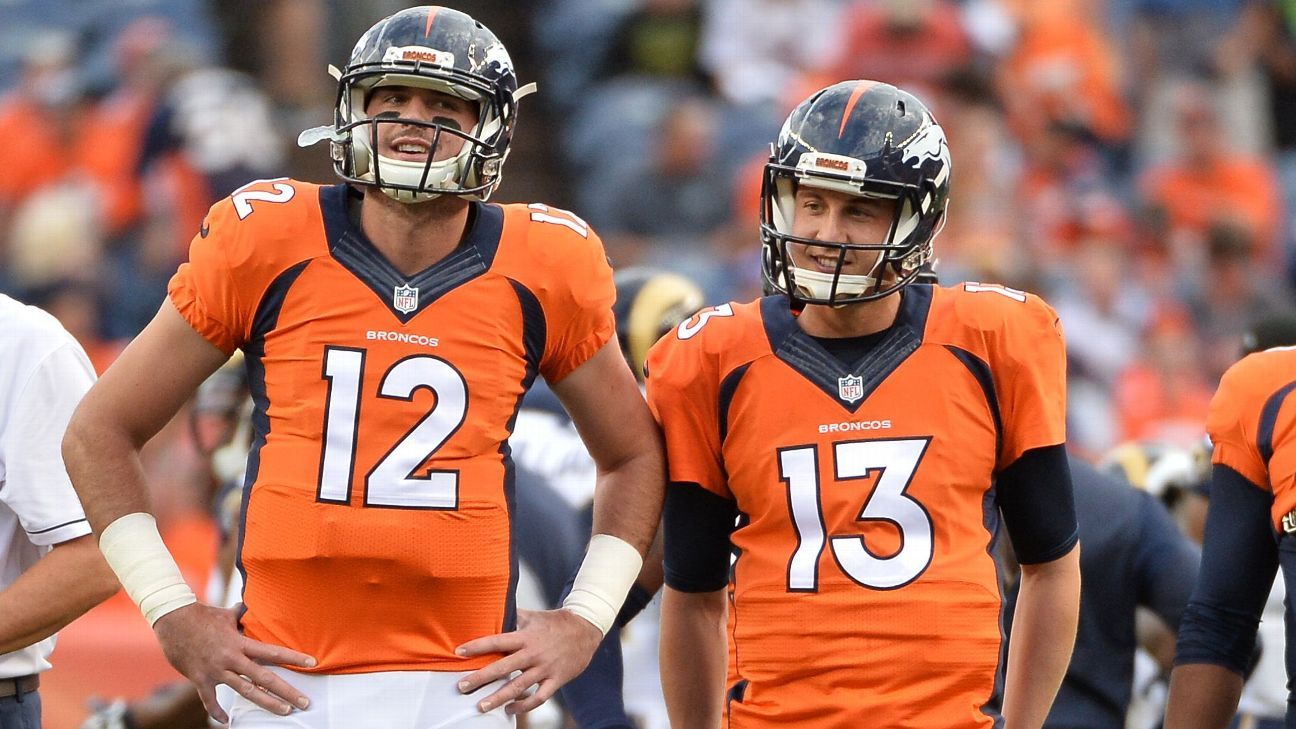 Both Trevor Siemian and Paxton Lynch made starts for Denver in 2016, but neither did enough to prevent this offseason battle. Lynch has a first round pedigree, and is a solid athlete for his size. Siemian looked very clearly like a game manager for almost the entirety of 2016, and not much more. Early reports from OTA’s paint the picture of Lynch as the clear favorite to start 2017. Lynch won’t be relevant in standard redraft leagues. But if he can win the starting job, he would be a more attractive 2QB fill in option than Siemian. Lynch is also the clearly superior dynasty option due to his youth and draft status.

The running back situation in Denver is a mess. CJ Anderson is coming off injury, Devontae Booker hit a wall late in the season (and is undergoing surgery on his wrist), and new addition Jamaal Charles has appeared in a total of eight games over the past two seasons. As of now, Anderson is the favorite for touches in the backfield. That could all change depending on the status of Charles, or if Booker recovers and makes significant improvements on his rookie year. Anderson is the early leader in this backfield, but with multiple runners coming off injury, Booker being a year more experienced, and newly drafted Carlos Henderson in the picture, this is a messy battle worth keeping a tab on. Early indications from head coach Vance Joseph have the Broncos using a committee at running back. Banking on any one back to handle a majority of the touches seems like a stretch at this point. If Charles emerges as healthy, and the same player we’ve seen in the past, he’ll become extremely intriguing, but until we know more, this backfield is impossible to trust.

The Broncos’ will have new head coach Vance Joseph on the sidelines this year, and the offense will be headed up by Mike McCoy, like it was from 2010-2012. This likely means a boost in the number of quick swing or bubble screens called, something Demaryius Thomas has expressed his excitement for. Emmanuel Sanders has also mentioned McCoy bringing in a more pass-friendly, fast paced offense for this upcoming season. The blocking scheme is also likely to be changing, moving to a more power-run scheme than former coach Gary Kubiak. It will be important to see how the running back group responds to this change in philosophy, and to see the roles that Demaryius Thomas and Emmanuel Sanders carve out in the McCoy offense.

The tight end in the Broncos’ offense hasn’t been a relevant role since the departure of Peyton Manning. That doesn’t mean it won’t be interesting to track the battle between oft-hyped Virgil Green, and last year’s mid-season acquisition AJ Derby. Green is a solid blocker, but was losing receiving work to Derby until Derby went down with a concussion. It’ll be worth monitoring how OC Mike McCoy utilizes the position in his return to Denver.

Both Demaryius Thomas and Emmanuel Sanders have been solid fantasy options their past three years together in Denver. With Lynch as the favorite to start at quarterback in 2017, it’s worth keeping an eye on how the two receivers develop with a QB they’ve only played two full games with. In the two games Lynch started, Thomas received 17 total targets to Sanders’ 18. However, Thomas scored the only TD among the two, and had two more yards than Sanders. So we really don’t know who Lynch will favor in this offense yet. It’ll be important to see if Lynch starts to zero in on one of these guys in particular, or if he spreads it around evenly like he did in his small 2016 sample. If either QB in Denver appears to make a leap, Sanders and Thomas could both be excellent values for 2017.

The Broncos are one of the more intriguing training camps to follow this year, with a new coaching staff, and position battles at both quarterback and running back. With so much yet to be learned about the Broncos’ 2017 offensive plans, this is a camp to watch, without a doubt. For more updated news, notes and analysis, check out DenverBroncos.com and follow the team writers as they break down the above issues and many others.