Year after year, fantasy owners are trying to find the next player to break onto the scene. Or the next guy whose career is going to take a leap into elite levels. Sometimes, these predictions pan out. But far more often than not, it is futile to attempt to predict some massive leap for a player. We can sense if a player is trending upwards, or regressing, but we can only guess how much. A player that many are projecting for a second-year leap is Oakland Raiders WR Amari Cooper.

I’m not doubting Cooper’s talent. What I’m hesitant about is his price. He’s currently the 12th receiver being drafted in PPR formats according to Fantasy Football Calculator. This is ahead of Brandon Marshall, who was a top 5 scoring wide receiver last year. Also ahead of Jarvis Landry, a top 10 finisher last year, and before Demaryius Thomas, a player who is seemingly a lock for a top 15 finish at the position every year. I think Thomas is undervalued, as our Kevin Steele discussed here. But taking Cooper, who finished 21st last year, before these players, among several others I didn’t list, seems insane to me.

Again, I can’t dispute Cooper’s talent. If his rookie season is any indication, he’s going to be a star in this league. But drafting him as a top 12, borderline WR1 is just too much. Keep in mind, he averaged under seven targets per game over the last five weeks of the season, on an offense led by Derek Carr, who attempted the ninth most passes in the league. I would expect Cooper to improve on the 130 targets he saw last year, but he’s likely not going to make some astronomical jump in targets. He was 16th in the league in total targets last year, a solid mark. But in an offense that already threw the ball 573 times, and with other weapons like Michael Crabtree, or tight end Clive Walford who is expected to see an increase in targets, we can’t expect Cooper to make some massive leap in targets. 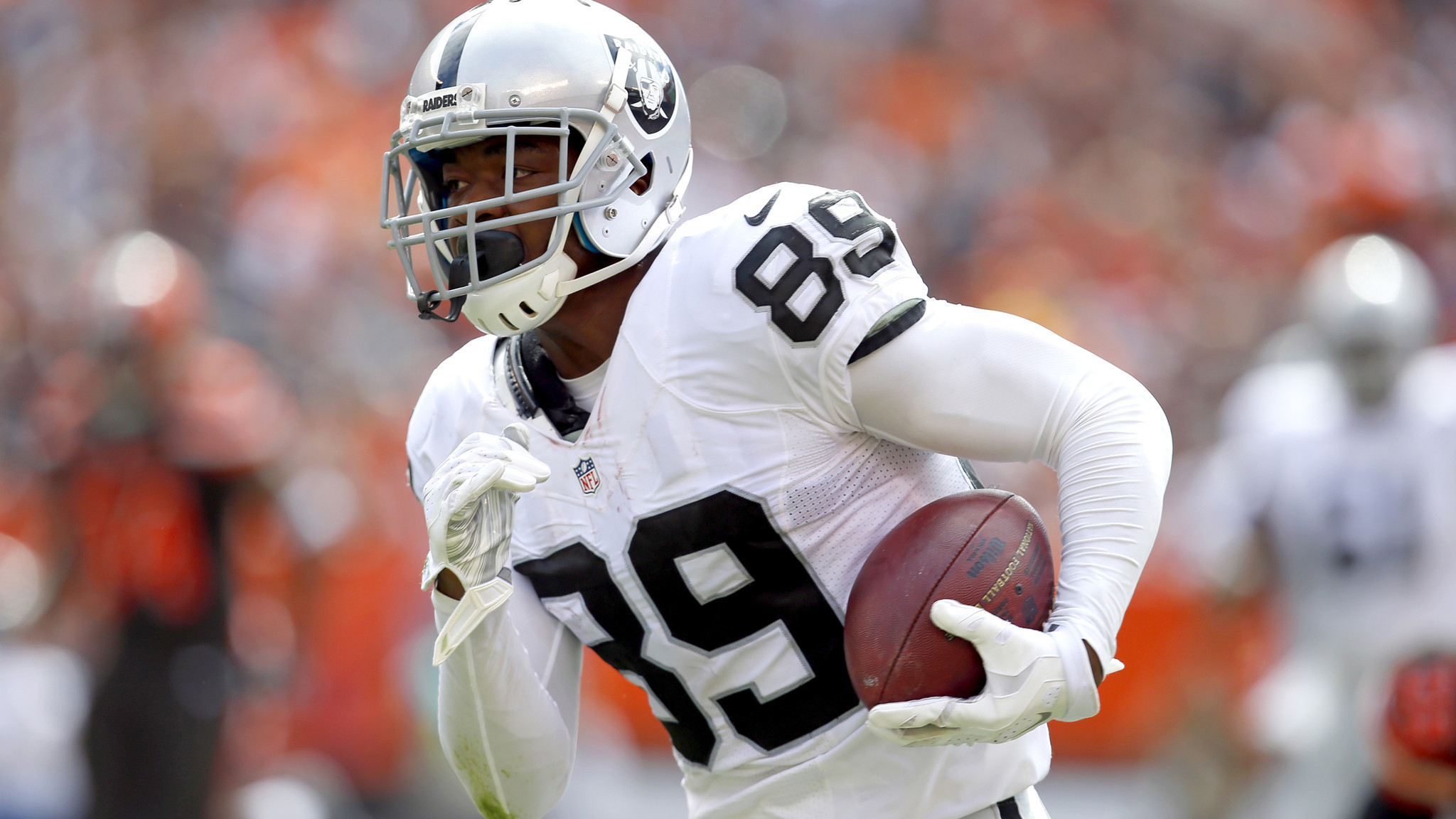 Overall, Cooper is a talented WR on an Oakland team that is on the rise. However, he is being drafted too high, over several players who have shown a greater propensity for producing big fantasy numbers. And as the 12th WR off the board, I think anyone who takes him as a WR1 will find themselves disappointed. I believe Cooper fits in as more of a mid-level WR2, and not the fringe WR1 he is being drafted as.