With only a few weeks till fantasy playoffs begin, squeezing the last drops of opportunity out of depth players becomes even more important. Those couple points can very well be the difference between a playoff berth or a trip to the consolation bracket. With the position as thin as ever, running backs with any semblance of volume hold immense value. Taking a look at trends and opportunity can provide the necessary leg up for fantasy owners to secure those much-needed wins.

For many teams Le’Veon Bell has been their most valuable player this year by merely not reporting. With reports speculating that Bell may not return by the franchise tag deadline, James Conner could continue as an RB1. Pittsburgh feeds Conner the rock leading him to see nine more opportunities than any other running back this week. Conner may win championships in the coming weeks, waiting to see if Le’Veon reports should give Conner owners a bit of anxiety.

Kamara may not see the same volume as during the opening to the season, but he remains Pittsburgh’s lead back. Those who bought after Kamara’s poor play once Ingram retuned are reaping the rewards now. Kamara’s explosiveness and versatility should maintain his strong foothold as a top option weekly. Half of weeks the Saints scored at least 40 points, so Kamara’s ties to this incredible offense bump his upside even higher. Cincinnati in week 10 shouldn’t trip up Kamara, look for his streak of impressive games to continue.

A week after finding his first rushing touchdown, McCaffrey punched in two more establishing himself on the ground. CMC’s receiving prowess and high opportunity share make him an intriguing top end prospect on a weekly basis. In week nine, McCaffrey racked up about as many receiving yards as rushing yards. Pittsburgh sports a stout rushing defense, but McCaffrey should be able to find the creases enough to be a top option.

Since the Carlos Hyde trade, Chubb has made the most of the opportunity he has received. A strong bet for a touchdown each week, Chubb should be viewed a low end RB1 or high end RB2. The Chiefs present opportunity and running room unlike nearly any defense though so seeing how Chubb carries this momentum forward should be interesting. Atlanta shouldn’t stifle Chubb too much in week 10 with their porous defense. 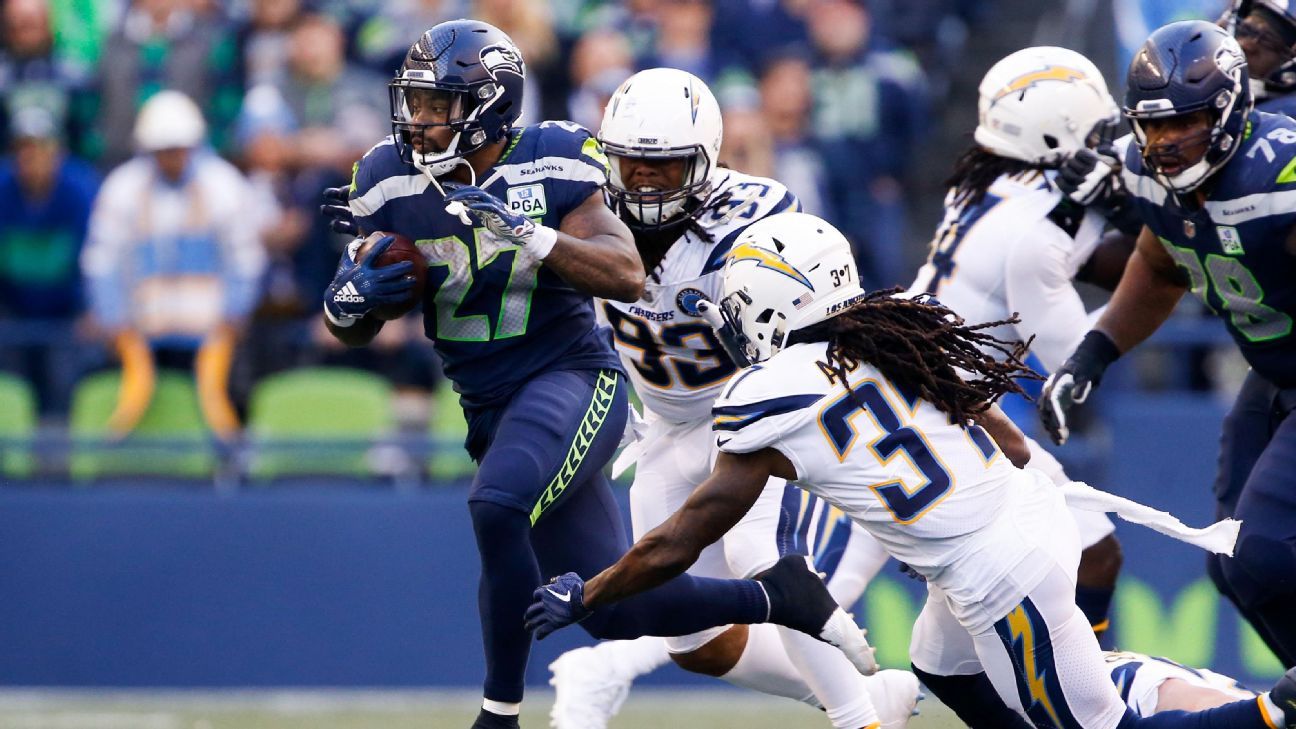 Seattle runs more than any other team in the national football league, making Mike Davis a strong play weekly. In week nine, Davis saw some interesting usage. Davis typically sees only one or two targets a week, so seeing a high number like this could increase his weekly upside. Volume should win out as he plays the Rams in week 10.

Tennessee finally accepted in week nine that Henry is a lost cause and Lewis should see the bulk of the opportunity. Though Lewis is not nearly as efficient as last year, volume reigns supreme in fantasy football. If Lewis continues to be used as the primary ball carrier for the Titans, he should be a decent play, especially with his receiving upside. Primed for a revenge matchup in week 10, Lewis takes on the Patriots where he’ll look to prove his value to his former employers.

The limitations that Elliott comes with emerged in week nine, as he saw little second-half work once the Cowboys fell into a hole. Defenses key in on Elliott because the offense runs through him, in week nine he saw eight-plus defenders in the box more than 40% of the time. Elliott will likely struggle in his coming matchup against a tough Eagles front. Regardless of matchup, Elliott will always be a play because of his remarkable running ability and sheer volume.

The ageless wonder makes an appearance in the top 10 this week. Drake looks like the superior option in Miami’s backfield, but Gase inexplicably still loves Gore. Drake has seen 10+ carries since week 2 only twice compared to the six-week streak Gore has put together now. Volume begets production, but some running backs are able to squander that opportunity. At this point in his career, Gore falls into that category where even if he sees volume he cannot be trusted. Gore’s volume will likely come back down to earth against the Packers in week 10.

Coleman finally stepped up in Freeman’s absence in week nine. Still only seeing around 60% of the opportunity in the backfield, Coleman owners should not expect performances anywhere near this one in the coming weeks. Coleman may be able to build on this performance for at least one week as the Falcons take on the struggling Browns in week 10.

Efficiency was not the name of Phillip Lindsay’s game in week nine, but he still put together a respectable performance totaling 84 yards from scrimmage. Lindsay successfully fought through a tough matchup in week nine as he took on the Houston Texans all-star front. When Royce Freeman returns Lindsay could see less volume, but he has been one of the most efficient backs in the league this season. Denver gets a week off now before they take on the Chargers on the road in week 11. 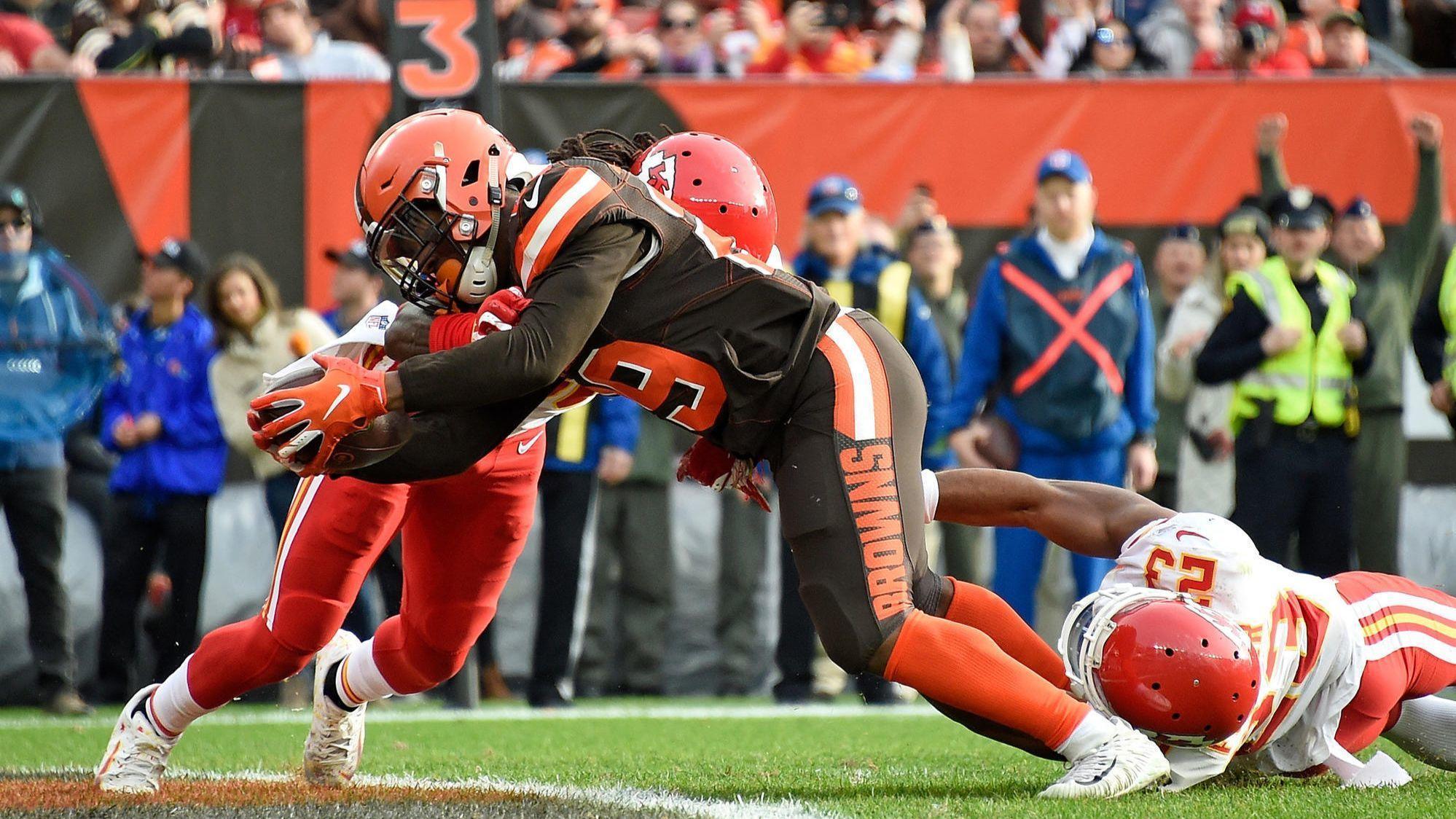 With the coaching changes, the use of Duke Johnson looks to be changing as well. Johnson hasn’t seen more than six targets in any other game this season and frequently seeing only two or three targets. This changing of the guards could make his high target total a weekly occurrence for Johnson.

Returning from injury this week, Riddick immediately returned to his passing downs roll in the Lion’s backfield. Widely available, Riddick could be the difference between a win and lose for many in the coming weeks.

While not the sole running back in the backfield, Jones continues to see the majority of looks now. His late fumble could cost him opportunity coming up, but he looks electric on the majority of his touches.

Coming off of IR, McGuire jumped right back into the mix seeing 12 opportunities. McGuire will split work with Crowell and see most of the passing down looks.

Last week Carson clocked in at 67.5% of the opportunity share, compared to 21% this week. This drastic drop should concern desperate owners greatly as Mike Davis appears to have favor now.

Check out other redraft, DFS, and dynasty content at TheFantasyAuthority.com. For a look at receiver usage in week two, check out Katie Babino’s Target Hogs article. Also, take a look back at last week’s Running Back Opportunity Report to look for trends.